Finding a Home in Clay

This piece originally had a squirrel, but I had a dream about a fox.  In the early morning I made this little fox and replaced the squirrel. Then I had to replace the head.  The face didn't look right.  Didn't feel right. New arms were made.  It was necessary.  Only the original torso/legs remained.  I saved the discarded arms, head and squirrel in a damp box.  I still have something in mind for them.  It was just I had to do this. I had to get this one done now I thought.  It was a last minute piece. 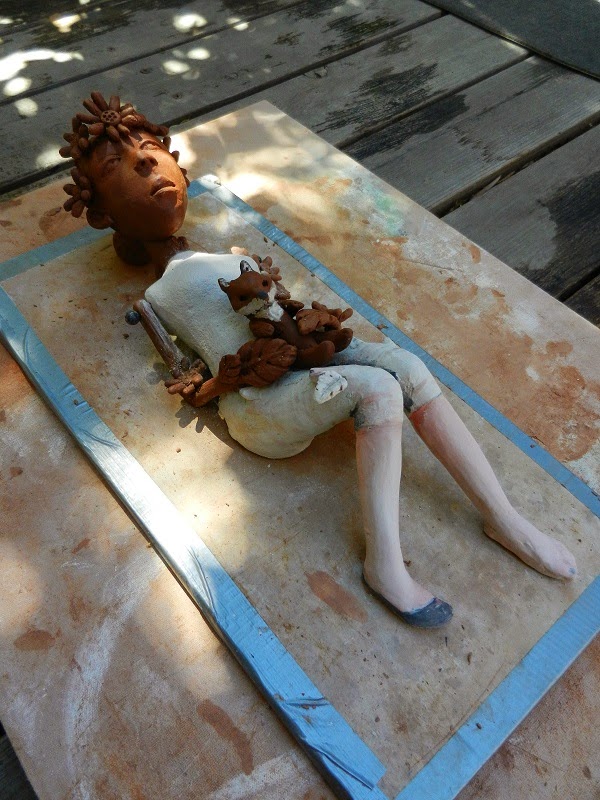 As Fox Stories dried on the deck I noticed the pattern of dappled light.  It looked as though there were clouds and blue skies across the torso. I wanted to capture a sense of time and place. Of a summer day, of woods and fields.  Of home and connection. 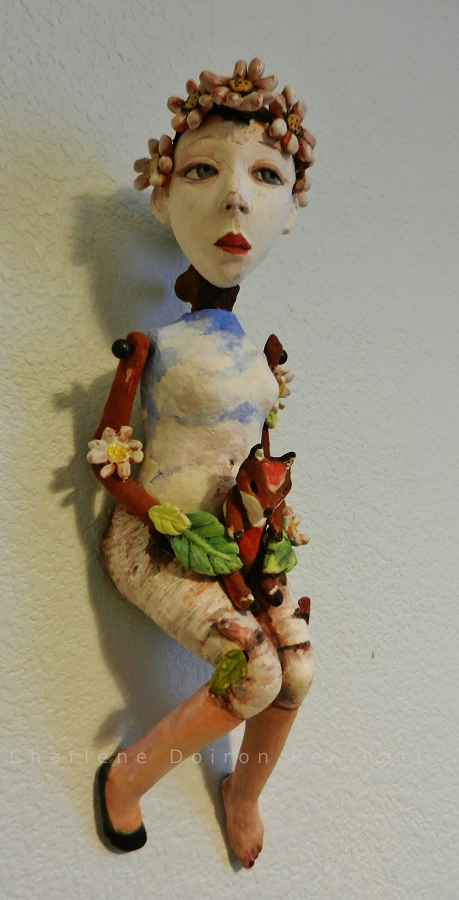 
The person who bought this piece told me what inspired her to take Fox Stories home.  She had seen a news clip about a woman who found a pup in a nearby wooded area.  This woman thought it was a dog abandoned, hurt and left to starve.  She took it home and gave it care.  Fed this orphan food and love.  Turns out it was not a dog after all, but a fox!  This news clip interested the art lover.  When she saw Fox Stories she had to have it. She felt a connection. I told her about how this piece came about, its story of making and how it changed.  How a fox came to me in a dream. Two stories and a little fox.  One of needing shelter and another of finding home. 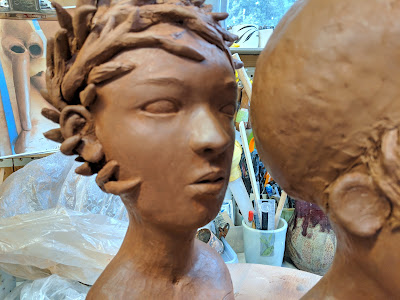